Today is the 132th anniversary of the birth of Ludwig von Mises.

What I wrote three years ago is just as true today:

He was the Roy Hobbs of economics--the best there ever was. That is pretty high praise, but there are occasions when high praise is true. Mises should be remembered for his brilliant mind that gave us so many seminal works in the social sciences as well as for his moral courage in the face of tremendous odds.

It was my providential reading Mises' Human Action that convinced me of my calling to pursue a vocation in economics. For my thoughts on the importance of that book for students of economics, I humbly recommend a lecture I delivered at the Mises Institute over a decade ago, "Human Action in the Life of a Student." It was that lecture that proved instrumental in my being asked to write an introductory text that turned out to be Foundations of Economics.

Those who would like a brief introduction to the importance of Mises will benefit from reading Murray Rothbard's The Essential Ludwig von Mises.  The most complete treatment of Mises' life and work is the monumental biography, Mises: The Last Knight of Liberalism by Jorg Guido Hulsmann. I review Hulsmann's magnificent work here.
Posted by Shawn R at 1:00 AM No comments:

The Path to Prosperity or Bankruptcy 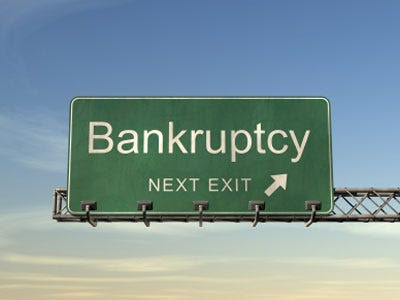 Once again there is panic running through the halls of Congress, the Oval Office and in the chattering classes that make up mainstream media over the prospect of shutting down the federal government. Most of the panic is a result of the inability of politicians to reach an agreement on government spending. If we hope to begin to recover true prosperity, then making real, significant cuts in government spending should be a top priority. Only true, substantial reductions in government spending will free necessary capital for entrepreneurs to use in productive investment. This investment, in turn, will allow for sustainable economic progress.

Read the rest here.
Posted by Shawn R at 1:00 AM No comments:

America's Test Kitchen's blog Feed features a fascinating post about how Henry Ford popularized the use of charcoal for grilling and transformed picnics for the masses. He introduced his charcoal by giving away a free bag with every new automobile he sold. Today he'd probably by prosecuted by the Justice department for leveraging his monopoly share in the auto industry into the charcoal market. Fortunately for millions of Americans, the DOJ was asleep at the switch.
Posted by Shawn R at 1:00 AM 1 comment:

When is a Government Shutdown not a Shutdown

My friend and former professor Mark Thornton on the government shutdown drama.


Thornton also explains how the gold standard did and could provide fiscal discipline.
Posted by Shawn R at 1:00 AM No comments:

My friend and economist (some of my best friends are economists) has a few remarks about Bernanke's recent announcement that the FED will not begin tapering down its balance sheet that it has built up during its grade experiment in quantitative easing.


As always Klein presents some provocative insights about where we are economically, namely in the first stages of another cluster of destructive malinvestment.  Wouldn't it be better, he asks, if capitalists and entrepreneurs could make investment and production decisions based on economic fundamentals and not have to forecast what one uber powerful central banker decides to do? He also comments on the Name-the-Next-Fed-Chairman game that is so popular these days. Klein is Executive Director and Carl Menger Research Fellow for the Ludwig von Mises Institute.
Posted by Shawn R at 1:00 AM No comments:

One of the foundational principles of economics is that people act to increase their future satisfaction. They apply means according to their understanding of causal relations to achieve their end. For example, other things equal, they buy at the cheapest price and sell at the highest price.

One bureaucratic institution that puts in place incentives that works against the very ostensible purposes of its advocates is the welfare state. According to Michael Tanner and Charles Hughes, "welfare currently pays more than a minimum wage job in 35 states, even after accounting for the Earned Income Tax Credit." This does not bode well for a system that ostensibly is designed to reduce poverty.

If a person's income is subsidized for his lower income, welfare ends up subsidizing poverty. This is because receiving income without working reduces the opportunity cost of leisure time and, therefore, promotes idleness. This does not, of course, imply that everyone stops working if income subsidies are available. It is to say, however, that some, perhaps many, people will opt for not working it is made worth their while. This is important, because historically one of the main reasons children live in poverty in the U.S. is because their parents do not work. Encouraging people to not work is the last thing we want to do if we want to combat poverty.
Posted by Shawn R at 1:00 AM No comments:

On this date in 1380, St. Bernardino of Siena was born. His life and work is a good tonic to those who would argue that God and economics do not mix. Bernardino (1380-1444) was a theologian with a great mind and was a great systematizer and developer of scholastic economics.

In a group of sermons published in a larger collection entitled Opera Omnia, but were also pulled out and published seperately as On Contracts and Usury, he applied Christian moral philosophy and Thomistic natural law theory in providing some excellent analysis on issues such as scarcity, value, wages, and interest.

His understanding of the relationship between scarcity and value points toward a solution to the value paradox expressed but not solved by Adam Smith. Bernardino wrote "What in one land is abundant and of low price may be necessary, uncommon,and expensive in another."

Drawing on Olivi's extremely rare writings on economic value, Bernardino repeated that a good's value is based on it objective value or suitability in use, its scarcity, and its desirability. In other words, to Bernardino value was mostly based on subjective preferences. As he wrote in another sermon,

Water is usually cheap where it is abundant. But it can happen that, on a mountain or in another place water is scarce, not abundant. It may well happen that water is more highly esteemed than gold, because gold is more abundant in this place than water.

Bernardino followed and affirmed Aquinas' conception of the wage as the price of labor. Therefore Bernardino applied the same principles to wages as he did to prices. "Lawyers, medical doctors, diggers, wrestlers could all sell their labor at a higher price due to scarcity in the supply of their jobs." Therefore, "ceteris paribus, the jobs that require more labor, danger, art, and industry are more highly esteemed by the community."

While not able to fully break himself away from condemning usury, he did work that ultimately helped justify interest as compensation for time preference. While remaining in the Thomistic tradition that thought charging interest was illicit because it is payment for the sale of time and time is not something that anyone can own, Bernardino argued that, in some cases, time could be sold. He identified one aspect of time as a period relevant during which a particular good was used. A particular good could be used for a particular task for a specific period of time. In this sense, the time during which the good is used could be regarded as private property and therefore sold. His idea is that if someone lends his property to someone else for a specific time period, he could charge payment for such use and that payment is what we know call interest.

One of his most important contributions was the most full and cogent discussion of the entrepreneur up to his time. He emphasized the moral standing of the business man by noting that trade can be practiced either morally or immorally just like any other job, and that merchants provide several kinds of useful services, such as transporting, distributing, and manufacturing goods.  Profits, therefore, are a legitimate return for the labor, expenses and risks of the entrepreneur. He goes further and lists four necessary characteristics of a good entrepreneur: efficiency, responsibility, labor, and assumption of risks. He also recognized that foreign money exchanges performed the very useful function of enabling foreign trade which was a great benefit to mankind.

All in all Saint Bernardino's work is a significant intellectual achievement relating to the theory and ethics of political economy. And all of his work drew upon early Scholastic theological tradition which itself drew upon the Old and New Testaments and the early church fathers as well as natural law theory as developed in ancient philosophy.

To those readers who are interested in more on the economic thought of the Scholastics I recommend the following works:

Much Needed Clarification about Austerity

In reality, we have three forms of austerity. There is the Keynesian-Krugman-Robert Reich form which promotes more government spending and higher taxes. There is the Angela Merkel form of less government spending and higher taxes, and there is the Austrian form of less spending and lower taxes. Of the three forms of austerity, only the third increases the size of the private sector relative to the public sector, frees up resources for private investment, and has actual evidence of success in boosting growth.