Is the Economic Crisis an Indictment of Capitalism?

One of the sad narratives of the financial meltdown of 2008 and its aftermath is that it was and remains the result of unbridled capitalism. Too much freedom spoiled the economic broth.

While doing research for a current project I'm working on, I came upon a remarkable essay by Ludwig von Mises. It turns out that Mises considered the question of whether economic crisis is an indictment of laissez-faire capitalism back in 1931 in the wake of the worst global economic downturn of the Twentieth Century.

In an essay, "The Economic Crisis and Capitalism," published in the German Neue Freie Presse (available in English Translation in Selected Writings of Ludwig von Mises, Vol. 2), he explains why the answer to the question is a decided no!

It is almost universally asserted that the severe economic crisis under which the world presently is suffering has provided proof of the impossibility of retaining the capitalist system. Capitalism, it is thought, has failed; and its place must be taken by a better system, which clearly can be none other than socialism.

That the currently dominant system has failed can hardly be contested. But it is another question whether the system that has failed was the capitalist system or whether, in fact, it is not anticapitalist policy--interventionism, and national and municipal socialism--that is to blame for the catastrophe.

In a free market rooted in private property, the only way entrepreneurs are able to sustain profits is by serving customers better than anyone else. It is only when they receive special privileges through preferential regulation, subsidies, bailouts and the like that they are able to reap profits for which they have not sowed productive activity.

I was struck by how much of what Mises said about the response of many to the Great Depression applies closely to our current situation. Just like Mises, we must never tire of explaining the fallacies in the thinking of those who think the Great Recession is a clear case of the failure of capitalism. In fact, it is a quintessential example of the failures of interventionism to bring about anything other than economic destruction and relative impoverishment.
Posted by Shawn R at 11:20 PM 2 comments: 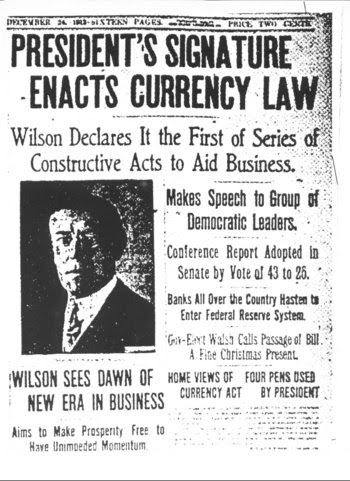 Along with the premier of the latest cinematic iteration of The Great Gatsby, come a disturbing trend--superficial analysis of economic inequality. A good recent example is "Great Gatsby Economics" by E. J. Dionne. The author draws on the work of economist Alan Krueger who developed the "Great Gatsby Curve" to measure income mobility across generations. At once Dionne argues against the economic status quo as producing more economic inequality than in the three decades following World War II and calls for more egalitarian public policy. He means of course that we need more income redistribution and cites Krueger's claim that luck has a lot to do with who is profitable as a moral argument in favor of state redistribution of wealth.

Before suggestion solutions, however, perhaps we should establish causal relationships. Why is it that economic inequality has seemed to increase over the past ten years? What is it about the status quo that promotes inequality and a reduction in income mobility?

As I have written before, one of the primary reasons income inequality has expanded over the past decade is do to monetary inflation. Economists have known for decades that when the stock of money increases, spending will increase, driving up the overall prices of goods. The prices of goods, howver, do not go up proportionally for everyone all at once. When the banking system, prodded by the Federal Reserve, increases the money supply, it does so by expanding credit. Those who receive the new money first are able to buy durable consumer goods, capital goods, and financial assets before prices in general increase. These people who receive the money first benefit from wealth redistribution in their favor. They are able to accumulate more capital and financial assets. To add economic insult to malnivestment injury, after the financial meldtown of 2008, many of the principle beneficiaries of inflation who subsequently made bad investments were bailed out by taxpayers or the Federal Reserve, perpetuating the redistributution of wealth.

Any claims that we must reign in the free market because it breeds ever-widening income inequality utterly fails to recognize the myriad forms of government intervention into our economy and especially government manipulation of our monetary system. Such rhetoric attackes a straw man and, hence, leads us all astray. What we need to reign in is crony capitalism and the ideologies that support it.
Posted by Shawn R at 10:15 AM No comments:

Conventional wisdom can turn on a dime. The position d'month is that the so-called policy of austerity has diminished economic activity so bad that it is at best a pandemic, and at worst a dead economic policy. One would think that for true economic austerity to have failed it must first have been tried. This is the great weakness in all of the arguments that appeal to recent European economic history criticizing fiscal soundness. In an excellent essay Martin Masse asks, "Is 'Austerity' Responsible for the Crisis in Europe?" His answer is a decided and well-documented now.

Increased taxes to fund increased government spending is neither austere nor economically productive. As Masse notes, if we define austerity properly "as policies bringing about a reduction in the size of government, then these policies cannot be held responsible for the crisis in Europe because they were never applied."

The true measure of the economic scope of the state is the magnitude of government spending. By this measure, government is still growing, which is why Europe appears mired in recession again.  Indeed, as Masse concludes:

What Europe needs is smaller governments, not just in terms of public spending but also as regards deregulation of the job market and other structural reforms to encourage entrepreneurship, private investment, and job creation. There will be sustained growth in Europe only when governments, and not citizens or businesses, finally bear the brunt of austerity.

As I explain in the final chapter of my book, Foundations of Economics, sound economic theory tells us that

The only way to cultivate and fill the earth without descending into a barbaric struggle for survival is to take advantage of the social division of labor, capital accu- mulation, and wise entrepreneurship. Allowing these sources of economic progress to flourish requires the security provided by the christian ethic of peace and private property. . ."

Good social institutions, such as private property are essential for economic prosperity.

An excellent essay by Niall Ferguson claims that increases in business regulation has contributed to a recent decline in economic freedom. He cites several studies, including the annual "Doing Business" report published by the World Bank that indicates government regulation of the business environment has increased noticeably the past few years. Such expansion of regulation has merely making it harder for entrepreneurs to engage in productive activity, resulting in relatively less prosperity.

In this he agrees with what I wrote several years ago in Chapter 17 of my book. Whenever the state intervenes in the economy, it benefits some and harms others. Legal privileges are given to those firms who find it easiest to abide by the regulation (indeed may have had some say in crafting the legislation).

When legal privileges are given to some sellers, factors are allocated away from their most valued uses. From the perspective of people in society, too few producers are in those industries where entry is hindered and too many are in those other industries where the value of production is lower. Resources are directed away from their higher valued and more efficient uses. Consequently, resources are wasted and fewer goods are produced with the same quantity of land, labor, and capital goods. People are left with fewer means with which to attain their ends so fewer ends are satisfied. 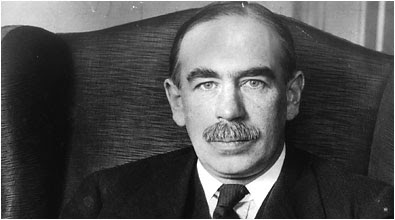 130 years ago today, Keynes entered his short-run.  His contemporary disciples no doubt will toss bouquets at his memory. Given today's economics problems, those who look to Keynes even are thought to be "on the side of the angels."

Sound economics, however, begs to differ. Keynesian ideology turns the economic problem on its head, by getting its core completely backward. Keynes thought that because of the vices of precaution, avarice, and usury, our only hope for prosperity was for the state to drive interest rates to zero, stimulating investment, which would increase national output and income and raising employment. This fails to recognize that sustainable economic expansion requires more voluntary saving, not merely more spending of newly created fiat money.

The antidote for economic error is learning economics built on the reality of human action. A good, brief starting point would be Ludwig von Mises' "Lord Keynes' and Say's Law." For a more extensive treatment of Keynes' economic thought, I recommend "The Misesian Case Against Keynes" by Hans-Hermann Hoppe. For a very revealing look at person and influence of Keynes I recommend Rothbard's "Keynes the Man." Perhaps the single best article on the vision and economics of Keynes is Joseph T. Salerno's " The Development of Keynes's Economics: From Marshall to Millennialism."

You might also be interested in an article I wrote as a new professor, "Keynes the Great?" It is a response to Paul Krugman's lauding of Keynes in a column he wrote many years ago in Fortune magazine. My analysis of Keynesian economics is found in Chapter 13 of Foundations of Economics.
Posted by Shawn R at 10:44 AM No comments:

Will Japan's Policy of Massive Inflation Lead to Prosperity?

Paul Krugman thinks Japan's inflation is good news. I beg to differ. My thoughts are more along the lines of David Howden. In his new essay "Japan's Easy Money Tsunami" Howden explains that the ultimate consequences of monetary inflation are always the same: decreased purchasing power of money and the business cycle:

However happy people have been about higher stock prices, eventually the economic effects will be harmful; indeed the recent stock price crashes foreshadow still more troubles to come.

He notes that Mises had the analysis correct way back in 1912.
Posted by Shawn R at 1:32 PM No comments: