Law of Demand Applies to Museums 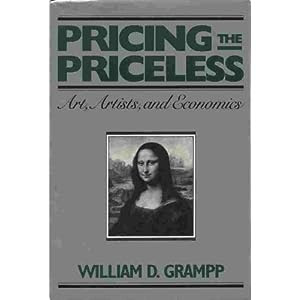 William Grampp in his book Pricing the Priceless, identified what he called the "arts mentality," a subset of the "anti-capitalistic mentality." Grampp was referring to the notion that something as profound as art had no relation to something as tawdry as economic principles.

Well, as reported by the BBC this week, it turns out that the laws of economics apply to art museums as well as other goods. Ten years ago the British government decided to remove admission fees for Britain's national museums and, not surprisingly, attendance went up--way up. As stated by the BBC, "Almost 18 million people visited the 13 attractions in 2010-11, compared with 7 million in 2000-01."

This news item reminds me of a quip made by Sherwin Rosen after presenting a keynote address at the 9th International Congress on Cultural Economics. He was asked a question by a performing arts theater manager who was seeking advice about how to fill the theater. She described her problem of having empty seats in certain sections come performance time. His response was classic, "That's easy. Just lower the price."
Posted by Shawn R at 1:00 AM