Income Inequality: The Rich Get Richer and the Poor Get Poorer

That's the news anyway. Recently published statistics indicating that income inequality has increased over the past couple of decades have been given a lot of press. Many blame tax cuts for the rich, while others blame laissez-faire capitalism run amok (as if we have a free market in this country).

After lecturing to my Money and Banking class about the consequences of monetary inflation, it occurred to me that such Federal Reserve induced inflation very likely explains part of the increasing income inequality. This is because while monetary inflation never provides a general social benefit, because more monetary units do not increase the quantity of producer or consumer goods at our disposal, it does provide private benefits for those who get the new money first. As such, monetary inflation redistributes wealth, leaving some richer while others are left poorer.

This could be especially true given the shift toward compensating CEOs in stock options. I have no problem with CEOs making absolutely as much as the market will bear, because the market will bear only as much as the CEO contributes in value. If a CEO gains more than his contribution to the firm, the firm will be less profitable to their own hurt. However, as shown on Seeking Alpha during the 1990s much of the new money the Fed created was quickly poured into the stock market and then asset backed securities. 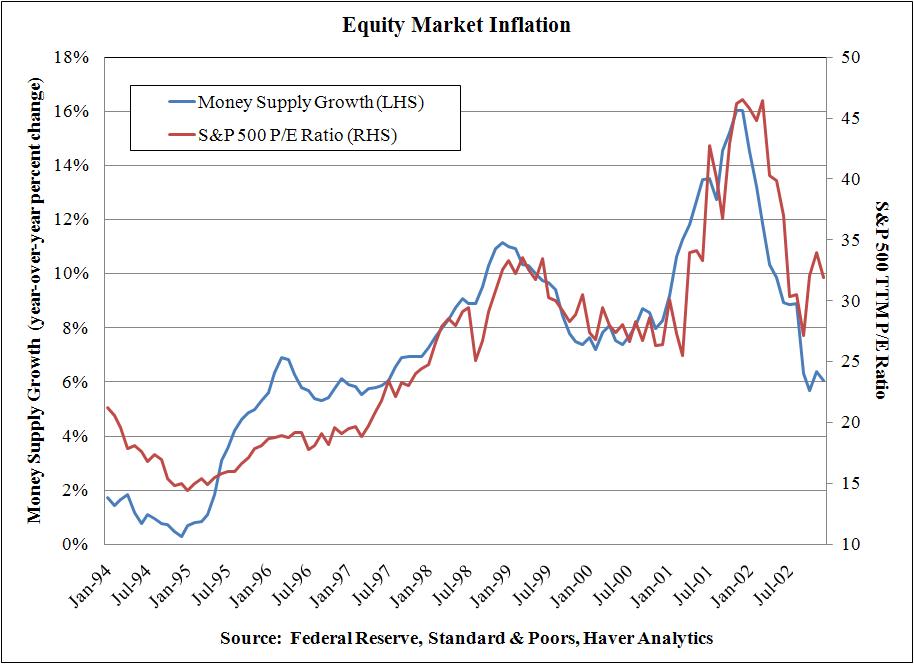 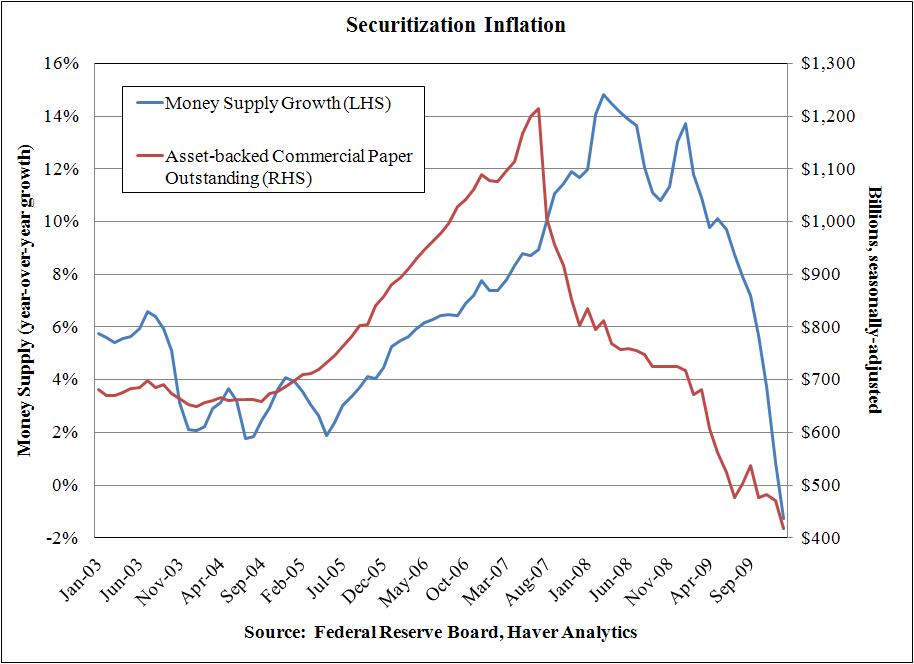 Therefore, those CEOs compensated with stock options benefit from being closer to the new money. Their compensation packages greatly enhance in value from monetary inflation, resulting in a shift in income distribution. I am not sure this is THE explanation, but it is an plausible explanation the needs to be more fully researched.
Posted by Shawn R at 2:00 AM