Government Bureaucracies Do Not Have to Economize Like Other People

In F. Scott Fitzgerald's short story "The Rich Boy," the narrator says that the rich "are different than you and me." To what extent that is true about the rich I cannot say, but I would say it applies to government bureaucrats, of whom I was one a long time ago.

Craig Eyerman at MyGovCost has a brilliant post documenting how government agencies turn economizing on its head the last week of the fiscal year as they scramble to spend every dime in their budget. 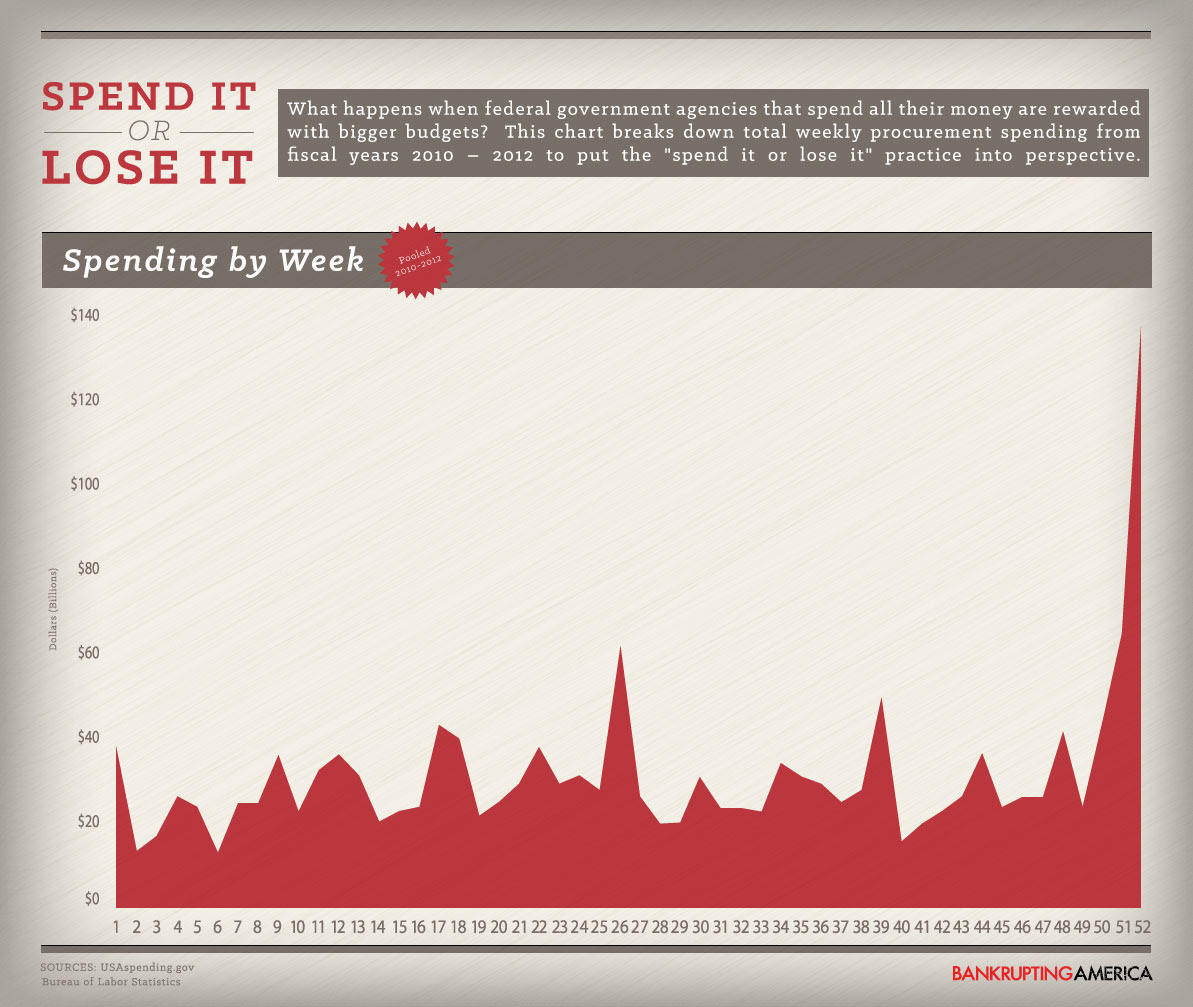 Because this past week was the last of the fiscal year, "the U.S. federal government’s bureaucrats are attempting to spend more money this week than in any other week of the year!" One of the phrases I heard most often in the bureaucracy was "That's okay, we don't have to make a profit." And they never try. As Mises pointed out in his Bureaucracy, government agencies really cannot. They must operate based on rules and policy and cannot use profit and loss as their guide. Trying to make government as efficient as business is an unachievable pipe dream.
Posted by Shawn R at 1:14 AM