It Was a Hundred Years Ago Today

That the national government created the Federal Reserve System. The results have been not kind to the dollar. 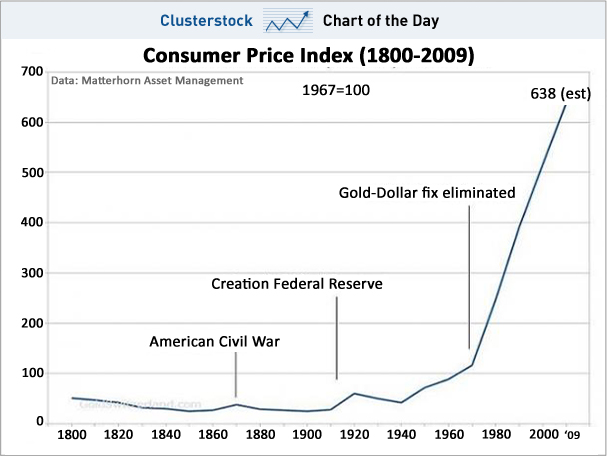 It helped facilitate the monetary inflation that led to higher prices after WW1, the sharp recession in 1920-21, the inflationary boom that resulted in America's Great Depression, and a 92% decline in the dollars purchasing power into the 21st Century; Not to mention overseeing the Great Recession of 2008. So much for price stability.

Today Christopher Westley has an insightful essay explaining why the monster was created.
Posted by Shawn R at 10:26 AM