Dunstan Prial in his report, "Good Inflation, Bad Inflation: The Fed's Dilemma" talks about the spot between the inflationary rock and recessionary hard place the FED has put itself in. Prial rightly explains why Americans are concerned about price inflation. Prices for necessities are significantly higher now than they were only a year ago. According to the Bureau of Labor Statistics, prices of foodstuffs have risen by 17% since February. 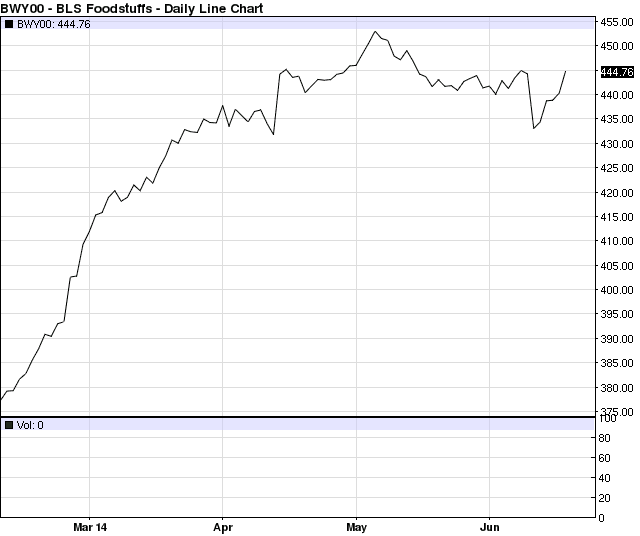 Unfortunately, Prial also seems to embrace the false notion that inflation is a sign of economic growth.

[Inflation] means the economy is humming along nicely, creating jobs, lifting wages and increasing consumers’ ability to spend. All of which generates demand for goods and spurs economic growth.

I recently have noted that inflation does not cause economic expansion, nor is it a sign of economic expansion. If the economy really is more productive and we experience economic growth, the supply of goods would increase and overall prices would fall. If overall prices increase, that would be the result of an increased supply of or decreased demand for money, or some combination of both. We the FED has done its part by increasing the money supply by $4 trillion since January of 2009. 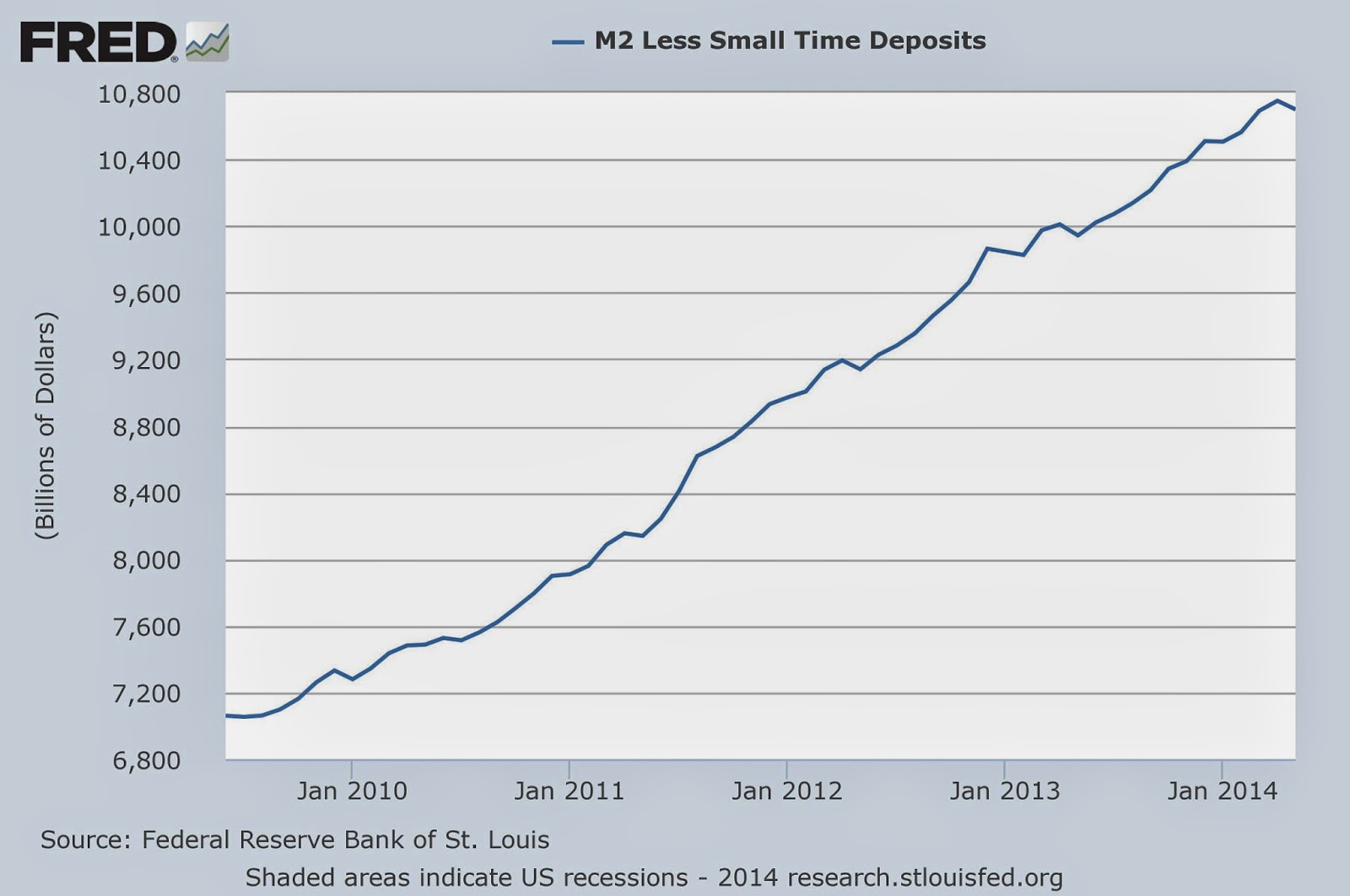 The bottom line is that there is no "good inflation." The only kind of inflation there is raises overall prices, shrinks the purchasing power of the dollar and leads to capital malinvestment that results in recession.
Posted by Shawn R at 1:00 AM