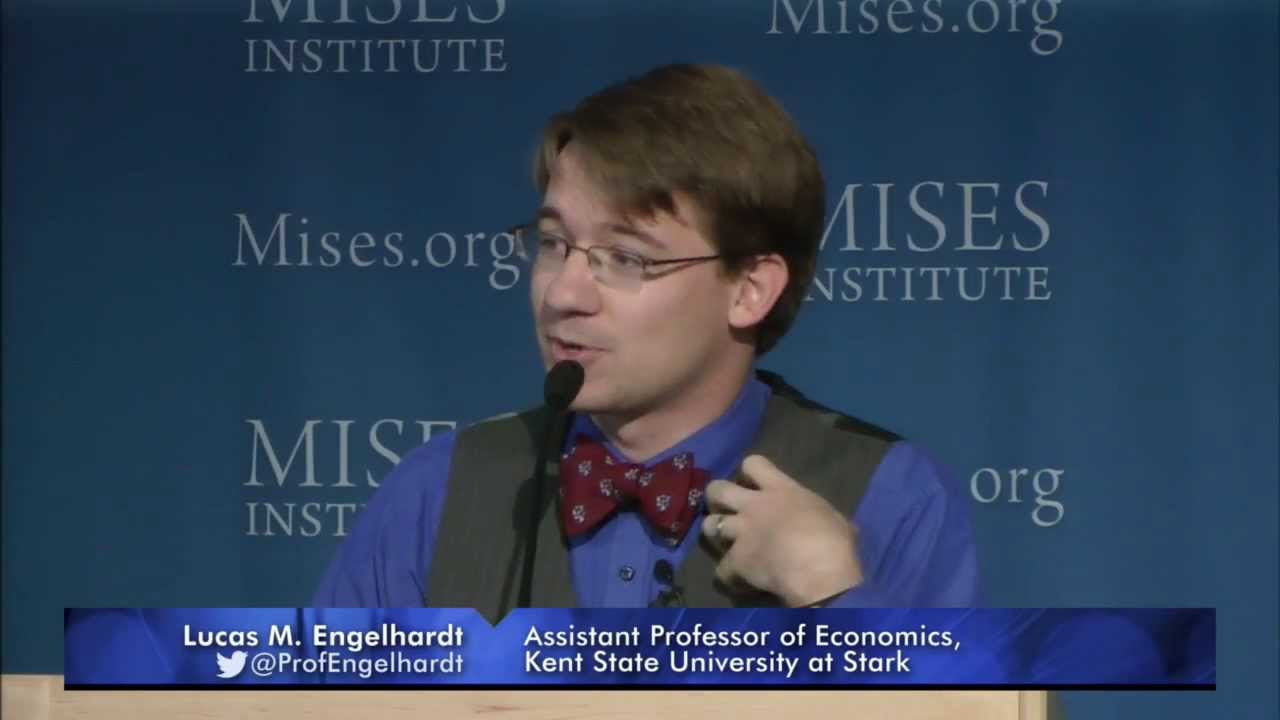 This year's Austrian Student Scholars Conference got off to a vigorous start with Lucas Engelhardt's delivery of the Hans Sennholz memorial lecture. Engelhardt drew upon the work of Sennholz himself to make the case for an entire free market in money and banking. He explained what he sees as the problems of our current monetary regime as well as the limitations of various monetary rules that have been proposed by economists such as Milton Friedman, John Taylor, and Scott Sumner.

He then made the case for the benefits and viability of a completely free market for money and banking in which anyone could attempt to produce and circulate money. He explained how such a system could work like the market for any other economic good. He then outlined a few steps that would take us in that direction, such as abolishing legal tender laws, taking government monetary titles off of metallic currency, and allow for freedom in the banking industry. All in all, it was a tremendous beginning to what promises to be an outstanding conference.

Part way through Engelhardt's lecture, it occurred to me that this years ASSC features three generations of Austrian economists. Tonight's Sennholz Lecture was given by a former student of mine. Tomorrow's Ludwig von Mises Memorial Lecture will be delivered by a professor I had in graduate school, Mark Thornton. What a blessing to see how economic truth has been communicated from one generation to the next.
Posted by Shawn R at 6:00 AM