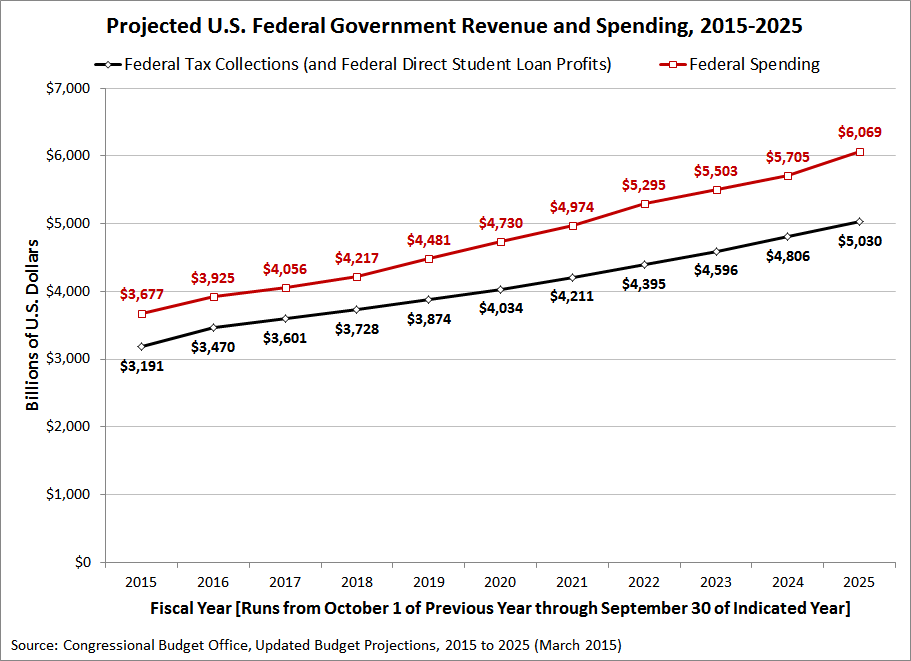 Notice that the expected gap between spending and revenue widens as the years go by. This does not bode well for our economic future. Government spending is a tax of resources taken out of private hands and consumed by government bureaucrats. Such consumption hampers, not facilitates, economic prosperity.
Posted by Shawn R at 10:04 AM