Twisted, That's What You Are 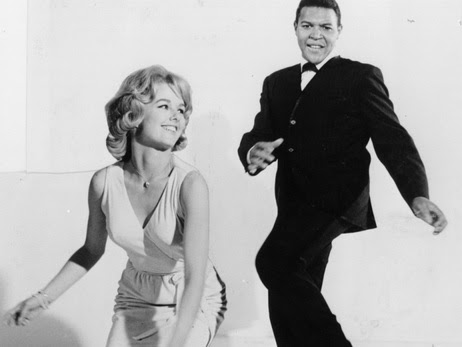 The latest shoe to fall in the effort to appear like he's doing something to help the economic is Ben Bernanke's plan Operation Twist. It is a policy last tried by the Fed in the 1960s and is actually named for the Chubby Checker hit record. The Fed is basically re-balancing their portfolio to buy longer-term bonds with earnings from selling short-term bonds. The goal, ostensibly, is to lower long-term interest rates so as to encourage borrowing, thereby stimulating credit markets.

It will not have much effect on the money supply, because what the Fed giveth in open market purchases of long-term debt, it taketh away by open market sales of short-term debt. It literally only changes the types of assets held by the Fed. It does not alter the quantity.

Given that it will not actually affect the money supply, why would the Fed be doing this. On NPR this morning, an analyst said that it might help some people on the margins borrow money to finance a house. This is needed because evidently a 4.09% interest rate on a 30 year fixed mortgage is just too high. The analyst, recognizing the unlikely event that the plan will result in droves buying homes with newly borrowed money, said that it might help a few people move into larger homes that they could now afford with lower interest rates. And isn't that what we exactly what we need?!?. In a society drowning in debt, isn't the very best thing we can do is to encourage those on the margins to borrow even more money to get into a larger house? Are you kidding me?!?!

I think that the plan is a demonstration that Bernanke is grasping at straws. He recognizes that with short-term interest rates at or near zero, the only thing he has left is to try is to push already historically low long-term interest rates even lower. How's that malinvestment thing in short-term capital markets working out for you? Really, well lets do the same thing for long-term capital.

It's twisted. That's what it is. Forget Cubby Checker. Where's Stan Ridgway when you need him?