Reductions in State and Local Government Spending is a Good Thing! 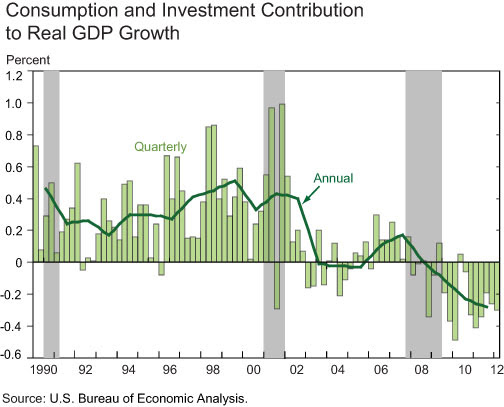 The government does not produce anything. Its income must be taxed from it citizens. As such, government spending is consumption. The more we consume as a society, the less we save and invest. With less investment comes lower per capita capital over time and less prosperity. Do not be led astray by GDP. The less government spending, the better.
Posted by Shawn R at 5:30 PM