Are Bachelor's Degrees Worth the Debt?

Jeffrey Selingo warns in the Wall Street Journal that, increasingly, they are not, depending on where you go. In that, he agrees with I wrote just last week.

Some, like Ben Bernanke, claim that student debt is not inflating a higher education bubble that will cause a financial crisis, because the vast majority of student loans are backed by the U.S. Government. So the taxpayers are on the hook and not the banks. Banks will not be in financial distress if students default.

Bernanke’s claim is revealing in that it is clear he views the financial system as the economy. It seems that if the financial system is afloat, everything is okay. Such reasoning ignores that what helps people achieve their ends is not money per se but the actual producer and consumer goods that are produced throughout the social economy.

This fact points to the economic problem with government guaranteed student loans. Investment made possible by subsidized loans of newly created money contributes to an unproductive use of resources.

In the first place, it is not at all clear that the educational payoff matches the expense. According data from the Collegiate Learning Assessment, 45 percent of students its sample demonstrated no significant learning in their first two years of college and 36 percent demonstrated no learning in four years. According to the National Assessment of Adult Literacy, from 1992 to 2003, literacy among college graduates declined at about the same rate that enrollment grew; All the while government grants and guaranteed student loans significantly increased.

This dismal educational payoff is largely because a much of the greater tuition payments made possible by government student loans have been absorbed by increases in personnel. For example in 2007, colleges utilized 13.1 percent more employees to educate the same number of students than they did in 1993. The vast majority of growth has been in administrative staff. In fact, over a fifteen-year period postsecondary administration grew more than twice as much as instructional staff. From 1976 to 2005, the number of administrative staff per student more than doubled; from 3 per 100 students to more than 6 per 100 students. The financial effect of administrating bloat is magnified by the fact that the average mid-level and senior-level administrative salaries are noticeably higher that the average faculty salary.

Making available the college experience, many resources must be used. Land, labor, buildings, desks, computers, energy, all sorts of amenities, etc. These are resources that could be used elsewhere. If they are being used to provide education merely due to government subsidies, they are actually more valued in other uses.

For a lot of students college is more a consumption good and less an investment. Multimillion dollar facilities designed to satisfy student recreation need. These include 53-person jacuzzi’s; massage and pedicure services; movie theaters, and ballrooms.

That student debt is fueling malinvestment is indicated by the rising delinquencies. Like the Old Gray Mare, the College Wage Premium ain’t what she used to be. 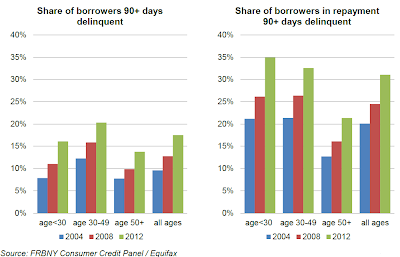 Increasing default rates prove this. What matters is not only the level of a post-college salary, but the level of that salary relative to the cost of college. Value of the product is not as great as anticipated. Increasing number of students put at risk of not paying off loan.

Additionally, many students who have borrowed money for college do not complete it. Six-year college completion rates at public four-year institutions have remained just below 55 percent for a decade. At the same time the four-year rate has been stuck around 30 percent.

Colleges, universities, and their students are caught in a costly game of Leap Frog. The perceived need for financial aid and loans results in more government subsidies. More debt results in more demand for college and higher tuition. Higher tuition increases perceived need for more debt. More student debt increases the demand for college which increases tuition price. On it goes. The only solution would be to get the government out of the business of subsidizing student debt so at least decisions of students to borrow and banks to lend, and colleges to set tuition will be made based on economic reality and not the shifting sand of monetary inflation.
Posted by Shawn R at 4:46 PM 2 comments: 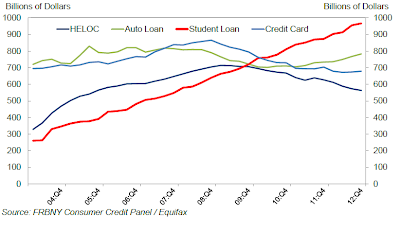 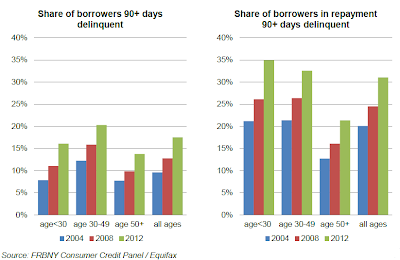 Ritenour on the Lew Rockwell Show 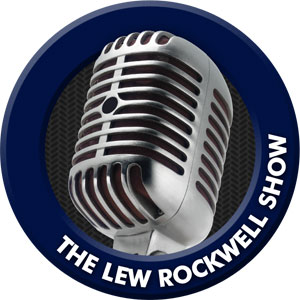 I recently had the pleasure of talking to Lew Rockwell about the importance of economics and especially why it should be important for Christians. You can listen to my interview as a podcast of the Lew Rockwell Show.  As always, Rockwell was a very gracious host and it was an honor being invited.

During the interview I explain why I wrote my book Foundations of Economics and why people should read it. We also discuss the importance of understanding economic law as part of the created order, especially when we consider various policy questions.
Posted by Shawn R at 9:22 AM 2 comments:

Some anniversaries are harder to stomach than others. This year we celebrate the 100th anniversary of both the Federal Income Tax and the Federal Reserve Act. It turns out that our national government had assessed income taxes before, however these were temporary. It was the 1913 law that became permanent. Andrew Young wrote a nice history on "The Origin of the Income Tax" a few years ago.


My friend and colleague Jeffrey Herbener, who teaches American Economic History, brought to my attention that while the original 1913 tax law stipulated a bottom rate of 1% and a top rate of 6%, by 1918, the bottom rate was 6% and the top rate was a whopping 77%. Such was the consequence of the Progressives' and Woodrow Wilson's need to finance their Great War.

The moral of the story is to never assess a new tax, no matter how low and how temporary it is claimed to be.

Our current tax regime is destructive of both economic prosperity and sound morality. In the first place, it leads to massive capital consumption which reduces productivity and therefore our standard of living. As I explain in my book, Foundations of Economics:

Additionally, increased taxes provide an incentive for the development of what is called the underground economy. The underground economy is the network of voluntary exchanges that take place in ways that are unreported and undocumented to the taxing authority. As taxes on incomes increase, more and more transactions are undertaken for cash or barter, so that no record of a sale and no record of income are evident to the government. If the government does not know of income earned, it is difficult to tax.


At the same time, our current confiscatory income tax violates the Eighth Commandment (Thou Shalt Not Steal). As the Westminster Shorter Catechism teaches in Question and Answer 74:

Our current income tax neither furthers the wealth and outward estate of ourselves or our neighbor.

In the wake of the financial panic and economic recession of 2008, numerous macroeconomic policies are being re-evaluated. Some economists argue that the crisis demonstrates a need to move away from Ben Bernanke-type discretionary monetary policy and instead adopt some monetary policy rule. One such proposed rule is nominal GDP (NGDP) targeting, made popular by a set of economists that have been given the moniker “market monetarists.”

Market monetarism is largely a blogosphere phenomenon, with the most prominent blogs amongst the group being Scott Sumner’s The Money Illusion, Lars Christensen’s The Market Monetarist, and David Beckworth’s Macro and other Market Musings. The most well-known of the group, Scott Sumner (2012; 2011), has authored two scholarly works that outline his vision for monetary policy, and Christensen (2011) has authored a working paper summarizing the work of the group.

But market monetarism and NGDP targeting have started to break through into the mainstream media, think tank, and policy worlds as well. Economist Tyler Cowen dubbed the day that the Federal Reserve announced QE3 as “ Scott Sumner Day,” partially crediting the influence of Sumner’s blogging for the Fed’s expansionary move. CNBC pundit Larry Kudlow has warmed to NGDP targeting, and thereby changed his previously critical tune on Bernanke. James Pethokoukis, a columnist for the hugely influential American Enterprise Institute, has been using market monetarism to try to convince the GOP to learn to stop worrying and love the helicopter.

Unfortunately, despite market monetarism’s recent popularity, nominal GDP targeting fails to achieve the end of aiding macroeconomic coordination. Market monetarist theory and policy is unsatisfactory primarily because Market monetarists use a faulty theoretical framework in analyzing economic activity, they misunderstand how expectations enter into economic decision making, and they do not recognize the actual consequences of the monetary policy necessary to stabilize NGDP expectations.

Herbener on the Slow Recovery

Today's ADP National Employment Report estimates that the rate of job growth in March was the slowest in five months, causing some to speculate that "the economic recovery could be hitting a soft patch."

That makes Jeff Herbener's recent Freedom Readers lecture, " Why the Recovery Is Taking So Long and What to Do About It" as timely as today's headlines.  My friend and department chair explains that real capital accumulation is necessary for real recovery and explains what is holding that back. My oldest daughter volunteered to come with to the lecture and found it "very interesting." You can listen to his lecture by clicking here.