What You Need to Know about Capital in the 21st Century

The new book by Thomas Piketty, that is. Hunter Lewis and Peter Klein tell us what you need to know. What they note is similar to my initial thoughts upon hearing of the new book which is being trumpeted as the latest in a long trail of discarded hopes called "game changers" and "must reads" that will "change the way we think about economics forever." Let us please stop with the hyperbole.

It turns out that government intervention, especially in the form of monetary inflation is the primary cause of income inquality in more developed countries. When the Fed decides to inflate, the new government-initiated, bank-created money is given to some people--often Wall Street investors--while the rest of us must pay higher prices.

For additional insight, I recommend this brand new video by Mark Thornton on The Mises View:

That is a main theme in a tremendous essay by Sam Gregg appearing in the American Spectator. As Gregg notes, income inequality seems to be the theme for 2014. In fact, increased income inequality is no mystery once we understand the continuing transformation of our economy from a free market to an interventionist play ground for cronies. As Gregg explains, Cronyism promotes economic inequality because:

Crony capitalist arrangements create distinct groups of insiders and outsiders that have nothing to do with classic criteria of justice such as need, merit, and willingness to take on risk and responsibility. All that matters in a crony capitalist world is closeness to state power. . .

There is a price to be paid for all this collusion. By injecting extra-regulatory costs into the economy, undermining the workings of free prices, and shifting economic incentives towards cultivating politicians and regulators, the process of wealth-creation is severely compromised. The result is the type of slow-motion decline that characterizes countries like Italy, Greece, Portugal, and France.

That’s bad news for everyone, but especially the poor. The wealthy and the powerful — especially those who rotate between the political, lobbying, and business worlds — can always take care of themselves in a crony capitalist economy. They are crony capitalism’s nomenklatura. But those without power and money are at a distinct disadvantage.

Five Things You Need to Know about Faith, Work, and Economics

It is not uncommon for many people to think there is an unbridgeable chasm between Christianity and economics.

In fact, God is interested in both the spiritual and material aspects of his creation, and there are many truths that indicate the connection between economic theory and a Christian view of humanity and nature.

In fact, the opposite is true.

There is No Conflict between Christian Faith and Sound Economics

Additionally, God made every person in his own image (Genesis 1:27) and, therefore, like God, we engage in purposeful behavior.

Consequently, those economic laws that are implications of human action are reflections of God’s glory as he reveals it in creation.

Whether we acknowledge it or not, as implied above, economic laws, such as the law of comparative advantage and the law of supply and demand, are consequences of our being made in God’s image.

Because God thinks (Isaiah 55:8–9) and acts with purpose (Genesis 1:1–4, 14-18) and because man is made in the image of God (Genesis 1:27), it is reasonable to conclude that man is able to think and act with purpose, including within an economic setting.

We Can Sleep Well with Yellen at the Helm

The editor at Against Crony Capitalism show us this revealing graph of the history of consumer prices since 1775:

Boy I am so happy that Fed Chair Janet Yellen is on the look out protecting us from deflation. Clearly lower prices has been the bain of our economic existence. If you are like Violet in A Charlie Brown Christmas*, the previous was sarcasm.

What Sweden Can Teach Us About Obamacare?

Per Byland tells us in the Wall Street Journal.  Byland is a professor in the Hankamer School of Business at Baylor University. He is also a citizen of Sweden, so he knows of what he speaks. He explains that, because a centrally planned and controlled healthcare system has neither a price system nor competition, health care services must be rationed by waiting. And waiting to receive health care can often be life threatening.

Sweden's problem is access to care. According to the Euro Health Consumer Index 2013, Swedish patients suffer from inordinately long wait times to get an appointment with a doctor, specialist treatment or even emergency care. Wait times are Europe's longest, and Swedes dependent on the public-health system have to wait months or even years for certain procedures, or are denied treatment. . .

Stories of people in Sweden suffering stroke, heart failure and other serious medical conditions who were denied or unable to receive urgent care are frequently reported in Swedish media. Recent examples include a one-month-old infant with cerebral hemorrhage for whom no ambulance was made available, and an 80-year-old woman with suspected stroke who had to wait four hours for an ambulance.

Other stories include people waiting many hours before a nurse or anyone talked to them after they arrived in emergency rooms and then suffering for long periods of time before receiving needed care. A 42-year-old woman in Karlstad seeking care for meningitis died in the ER after a three-hour wait. A woman with colon cancer spent 12 years contesting a money-saving decision to deny an abdominal scan that would have found the cancer earlier. The denial-of-care decision was not made by an insurance company, but by the government health-care system and its policies. Why We Should Not Rejoice About 2% Price Inflation

David Stockman has done excellent work showing the damage that seemingly mild-mannered price inflation at the rate of about 2% a year does to society. The purchasing power of the dollar shrinks significantly and we are generally worse off, especially those who must live on fixed incomes. Take a look at what the Fed has wrought over the past thirteen years, all the while trying to frighten the masses about the specter of deflation. Why Yellen and Bernanke Should Be Sleeping Better

Consumer prices rose in March at an annual rate of 2.4%, according to the BLS. As a writer at Bloomberg News reveals, "The Fed’s goal of 2 percent inflation has proved elusive as the economic expansion was slow to gain momentum." The writer reminds us that the goal of the Fed is to perpetually shrink the purchasing power of the dollar. She also reveals the standard Keynesian mindset that economic progress means higher prices due to the economy being "overheated." In fact this could not be farther from economic reality. Economic expansion, by definition, means increases in output. As the supply of various goods increases relative to demand, their prices fall not increase, as more eager sellers bid down their selling prices. Economic expansion makes society better off, because consumers enjoy the opportunity to buy more goods at lower prices. All of us, thereby have the ability to achieve more of our ends. If prices are on the rise--and they are--this is due to the Fed's bankrolling monetary inflation, not due to any real recovery.

Does the Road Out of Poverty Run through Sweatshops?

Ben Powell, director of the Free Enterprise Institute at Texas Tech University, presented a great lecture last week to students in my Economic Expansion and Development class. Powell is on a tour promoting his latest book published by Cambridge University Press entitled Out of Poverty: Sweatshops in the Global Economy. Their function is not what you think.

Powell's primary goal is to educate people to the positive economic role sweatshops play in the lives of poor people who work in them. Additionally he hopes to encourage those who truly want to help the poor to do no harm mistakenly encouraging policies that will result in factories that close  because of rising costs and lower demand for their products. Such policies only make it more likely that poor workers in less developed countries have fewer opportunities and therefore will be faced with even worse working conditions and lower and less stable wages.

Here is Powell in a brief video that introduces many of the themes in the new book: 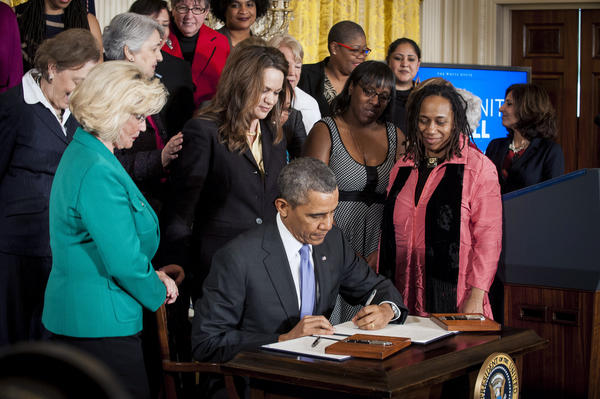 By the way, if it is really true that businesses easily discriminate by paying women twenty-three cents an hour less than men, would it not be in their interest to hire only women? That they do not do so seems to indicate that any compensation gap is not due to irrational discrimination.
Posted by Shawn R at 5:02 PM 2 comments: