A little over a week ago I mentioned some of the reasons we need not fear a deflationary spiral, drawing upon several works in recent popular economic commentary. The pieces I linked to were written to combat an all too popular fear of deflation. This fear is particularly dangerous, because it often feeds the inflation monster. 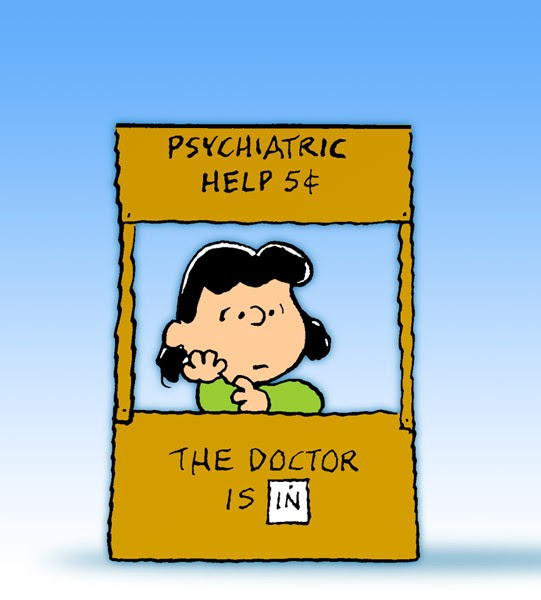 As Lucy van Pelt says to Charlie Brown in A Charlie Brown Christmas "The mere fact that you realize you need help indicates that you are not too far gone. I think we better pinpoint your fears. If we can find out what you're afraid of, we can label it." A few years ago a former professor of mine, Mark Thornton, did just that. In an article in The Quarterly Journal of Austrian Economics, Thornton appropriately labels the fear of deflation, apoplithorismosphobia, drawing on the Greek word for deflation. provides a scholarly (and humorous) diagnosis of this malady.

Thornton begins by briefly describing a taxonomy of the different types of deflation developed by Joseph T. Salerno. He points out that deflation generally helps the economy adjust following both economic growth and malinvestment.

He separates economists into three groups. He explains that the first two, keynesians and monetarists, both generally suffer from apoplithorismosphobia to some extent. Keynesians do so because they see deflation as contributing to a collapse in aggregate demand which they think causes recession. Monetarists fear deflation, because they think prosperity requires a relatively stable price level.

The third group is made up of causal-realist economists who go back at least until Richard Cantillon. This group does not advocate any particular quantity of money or rate of monetary inflation as optimal.

Thornton then goes on to diagnose a case of acute apoplithorismosphobia, that of economist and New York Times columnist, Paul Krugman. He notes how much monetary policy mileage Krugman gets out of a tongue-in-cheek article on a baby-sitting co-op.

Thornton concludes with a 12-step program to vanquish apoplithorismosphobia. The steps are as follows:

The entire piece is worth reading. It is relatively brief, very readable, and quite revealing about the fear of deflation and how to combat it.
Posted by Shawn R at 6:00 AM