Who Benefits From Inflation? Those Who Get the New Money First

The Federal Reserve creates cash reserves that serve as assets for commercial banks. Much of this new money is presently being spent on treasury bonds. This demand for Treasury bonds makes it easier for the government to borrow this new money to cover its spending above tax revenues. That is why one of the only sector where hiring is on the rise is the government. 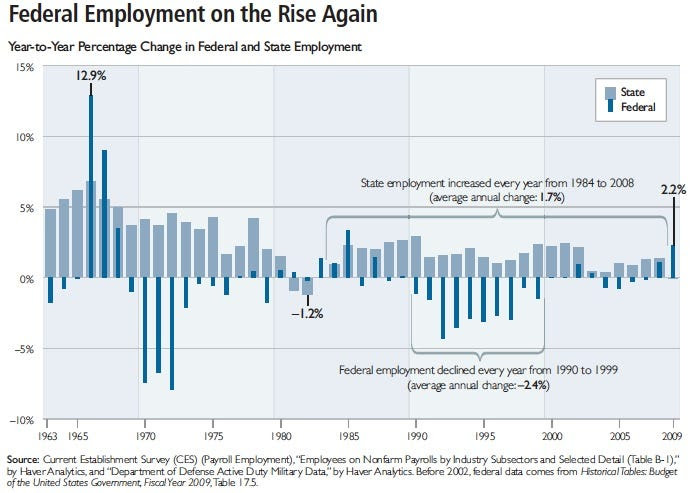 This analysis helps explain why Manhattan, Kansas is weathering the Great Recession in relatively fine fashion. It is home to Army base Fort Riley. Therefore there is a lot of new money floating around. The result is that per capita income in Manhattan rose 4.8 per cent in 2009. As Business Week explained it,


Wealthy individuals remain concentrated near large cities with business and finance hubs, but William H. Frey, a Brookings Institution demographer, says state capitals, military towns, and college towns also often have higher-than-average incomes due to their ability to survive economic downturns, as their main industries are buffered by government-related funds.

This comes, of course, at the expense of people who live elsewhere and, hence, get the new money later or not at all.
Posted by Shawn R at 2:00 AM