Bovard on How Welfare Breeds Corruption 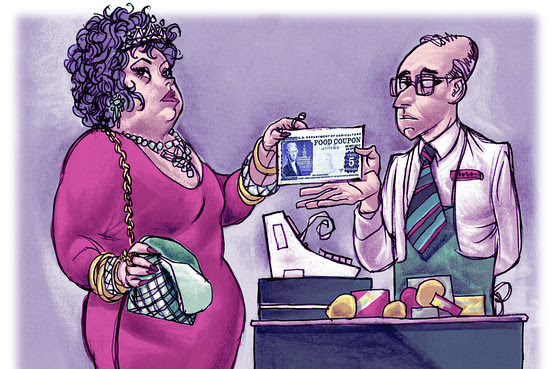 Over at Just Watch the Game, John Steigerwald points to an excellent article by James Bovard in the Wall Street Journal. In "The Food Stamp Crime Wave," Bovard documents how abusing government income transfer programs is now easier than ever. Things are so bad that "Millionaires are now legally entitled to collect food stamps as long as they have little or no monthly income." This is one more example of how welfare breeds corruption.

Bovard cites cases in Wisconsin, Washington, Iowa, Michigan, and New York, indicating that this is not merely a problem limited to one locale or region. The main reason for the latest corruption, besides the mere existence of the welfare state itself, is that "thirty-five states have abolished asset tests for most food-stamp recipients." Therefore very wealthy people are able to qualify for food stamps as long as they are able to legally report very low incomes. Bovard reports:

The food-stamp poster boy of 2011 is 59-year-old Leroy Fick. After Mr. Fick won a $2 million lottery jackpot, the Michigan Department of Human Services ruled he could continue receiving food stamps. The Detroit News explained: "If Fick had chosen to accept monthly payments of his jackpot, the winnings would be considered income, according to the DHS. But by choosing to accept a lump sum payment, the winnings were considered 'assets' and aren't counted in determining food stamp eligibility."

Such regulatory changes along with increasingly lax monitoring and enforcement has resulted in a massive increase in the number of people on the dole. As Bovard reports, "the number of food-stamp recipients has soared to 44 million from 26 million in 2007, and costs have more than doubled to $77 billion from $33 billion."  This is one more piece of evidence that welfare transfer payments reduces the opportunity cost of not working and that they, therefore, encourage idleness. Idleness other productive people pay for. Nice work if you can get it.
Posted by Shawn R at 2:20 AM