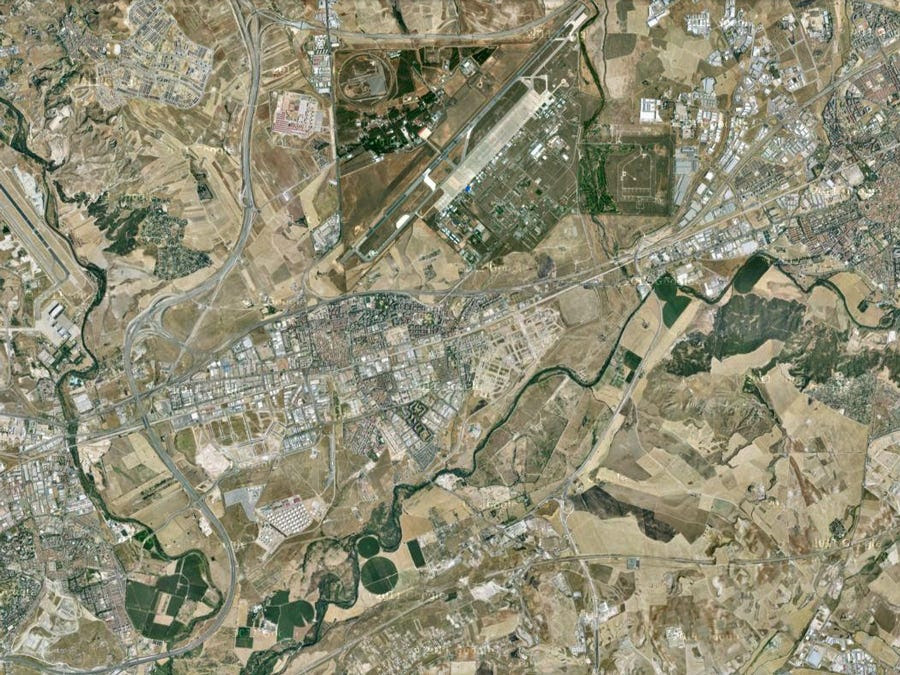 The malinvestment in Spain falls mainly on the plain (or words to that effect). I have already blogged about photos, satellite and otherwise, documenting ghost towns and empty, sometimes only partially completed, and abandoned construction projects in Florida and China. These projects are what they are because their builders ran out of money and there were not enough potential buyers to make the projects salvageable.

Business Insider has a collection of satellite photos of new Spanish airports (one of which forced into bankruptcy) and several towns with eerily similar empty, sometimes partially completed, housing developments. One of the towns featured in the collection is Soto Del Henares, where more than 13,500 homes have been built while only 3,000 people live there. Prudent Investor kindly posted a 4-minute video tour of Soto Del Hanares back in April.

These photos and video are further testimony that money cannot buy prosperity. Those who think that merely boosting nominal spending will usher in economic expansion mistake GDP for the social economy. They are tangible evidence of what is wrought by artificial credit expansion: wasteful investment and capital consumption. They also provide an answer to those who wonder why an economy cannot adjust from malinvestment back to productive investment as fast and as easily as entrepreneurs can undertake the initial malinvestment. During inflationary booms, some capital is sunk into capital goods that are not easily convertible to other uses. These photos and video should be a lesson to us all.
Posted by Shawn R at 2:07 AM