Bad News for the Fed

According to a Bloomberg National Poll, more than half of Americans are getting the picture. The Fed is the problem, not the solution.

What I found particularly revealing in the story--apart from the poll result itself--was the Fed mindset as demonstrated by former Fed governor, Lyle Gamely. He is quoted as saying:


The Fed had to do extraordinary things to keep us from going into a great depression, and the public doesn’t see it this way. The last time we had any really severe criticism of the Fed was in the early 1980s, when the Fed was pursuing this brutally tight policy to keep inflation under control.

Below, however, is a picture the "brutally tight" monetary policy of the early 1980s. Not once was there a monthly decline in M2 from 1979 through 1982. 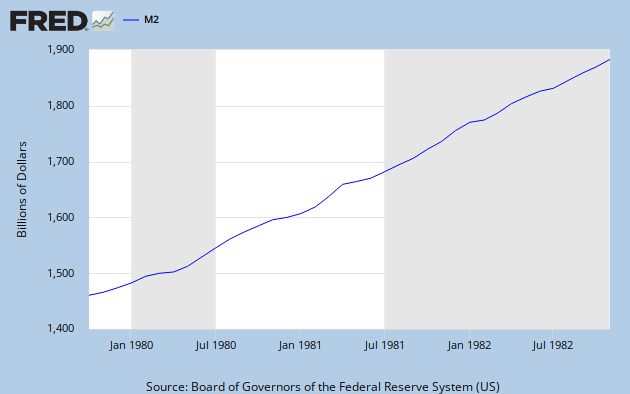