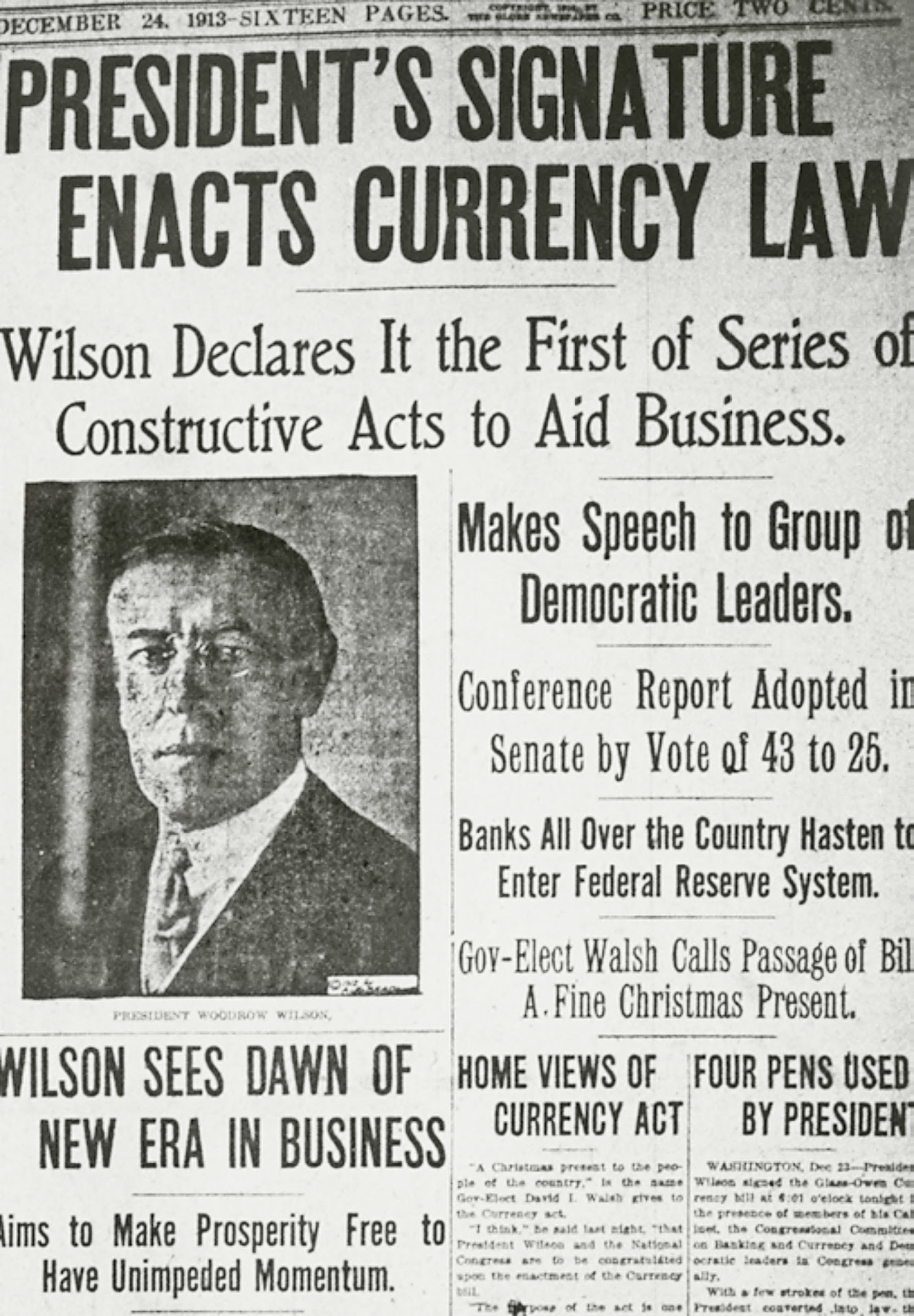 For most people, the phrase "Black Tuesday" conjures thoughts of the 1929 stock market crash that is commonly interpreted as the trumpet blast ushering in the Great Depression. Students of economic history, however, can look back more than a decade earlier to an even blacker Tuesday, that help make the 1920's stock boom and subsequent crash possible. Tuesday, December 23, 1913, Woodrow Wilson gave the banking community what it wanted. He signed into law the Federal Reserve Act, creating the Federal Reserve System to serve as our central money printing machine. The rest, as they say, is monetary history. (For more on the origins of the Federal Reserve, I highly recommend Part 2 of Murray Rothbard's A History of Money and Banking in the United States: The Colonial Era to World War II.)

While the Fed was sold to the American public as an institution necessary to provide an "elastic currency" that would wax and wane with commercial demand for money, the Fed saw to it that the money supply did a lot more waxing and not much waning. The data tell a remarkable story.

In 1913, the M2 money supply was approximately $16 billion. Last month M2 came in at $8,804.2 billion. $8.8 trillion! Who knew elastic stretched in only one direction? What did all of this monetary inflation get us?

In the name of economic stability, the Fed has presided over seventeen recessions, several of them very serious, including the Great Depression, and a century of higher prices. After more than a century of generally decreasing prices, the Fed ushered in almost one hundred years of price inflation that really took off after the final severing of gold from the dollar in 1971. That move itself was the necessary consequence of Federal Reserve inflation.